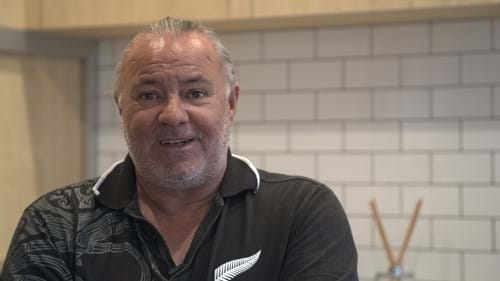 For many of our whānau, the policy has been lifechanging. Ngāti Whātua Ōrākei whānau member, Nick Hawke, agrees. An active rugby league player in his youth, Nick sustained substantial injuries to both of his knees that caused him great discomfort.

After receiving his first knee replacement surgery on the public health system, Nick anticipated a long wait to receive his second replacement surgery. When the health insurance plan was announced, Nick signed up shortly after and says it expedited the process significantly.

“From the day I saw our whānau representative to the day I had the operation was about a six-week period. I might have been waiting another year or two on the public health system, but with the insurance, it was really great. I was out of hospital and from start to go was six weeks and recovering” Nick says.

For Nick, this initiative has been beneficial not only for him but for his whānau too.

“It’s had a positive impact on my health. I do a lot more walking with my whānau but it’s not just positive physically, it’s emotionally positive too. I’m able to do a lot more things with my children that I wasn’t able to do before.”

Nick also says having Kirimoana Willoughby, an iwi member herself, representing the health insurer and spending time in the community an important part of the health insurance programme.

“Having a whānau member here in Whareora (the Whai Maia Head Office) brought a real human face to the health insurance programme and made me more confident to sign up and go through the process.”

Kirimoana Willoughby, Marketing Campaign Co-ordinator at nib, serves as the iwi relationship manager and works from Whare Ora every Wednesday to deal with all pātai related to the Health policy.

“Our goal is to engage with our whānau and ensure we’re reaching as many members as we can to help improve their hauora. We do have an app and an online platform, but we understand that there needs to be access among our whānau who aren’t online,” says Kirimoana.

Hapū members can see Kirimoana every Wednesday at Whareora, 230 Kupe St, Orakei or call the free 0800 NIB NWO number to speak with a representative.

Checking in with the Faces of our Future